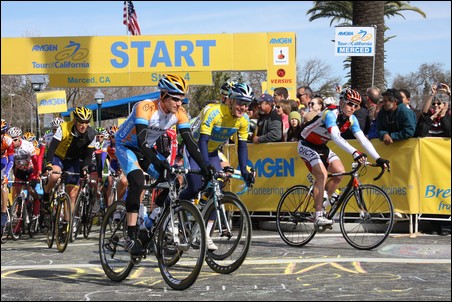 In September 2013, the City of Merced Planning Division—in partnership with the Merced County Association of Governments (MCAG) and the Merced Bicycle Advisory Commission (MBAC)—concluded the update to the 2008 Merced Bicycle Transportation Plan. The 2013 Bicycle Transportation Plan (2013 BTP) will guide the implementation of bicycle policy and infrastructure in the City. Appendix C of the 2013 BTP shows the location of existing and proposed bikeways. It will also allow the City to compete for Caltrans funds made available each year for a variety of bike-related improvements. In the past, Caltrans has awarded funds for bike paths, lanes and routes; rehabilitation of pavement and associated markings; bike and pedestrian bridges and road under-crossings; street intersection redesigns; improved lighting; bike racks and lockers; bike education events; bike commuter maps; and way-finding signs. As part of the process to develop the 2013 BTP, two public workshops were held (February and March 2013) to give citizens the opportunity to comment on ways of making the City friendlier to bicycle transportation, and to contribute to the revision of the Bicycle Transportation Plan.

Thanks to the citizens who attended, including the Bicycle Advisory Committee, and to our volunteers who assisted with this event (The Merced Bike Coalition, Goden Valley Health Centers, and Building Healthy Communtiies). We'd also like to thank our local government partners: Merced County Association of Governments, City of Merced Police Department, and the Merced Public Works Department.

Thanks again to our partners, which included the Merced County Public Health Department. Merced County is one of 12 local health departments participating in the CA4Health project - a partnership with the Public Health Institute and the California Department of Public Health – to create opportunities for people to live healthier lives as healthy places become the norm.

Be an instructor to help community members ride safely! The link below (from the League of American Bicyclists) is to information on becoming a League Cycling Instructor. Visit BikeLeague.org for more information

Free viewers are required for some of the attached documents.
They can be downloaded by clicking on the icons below.