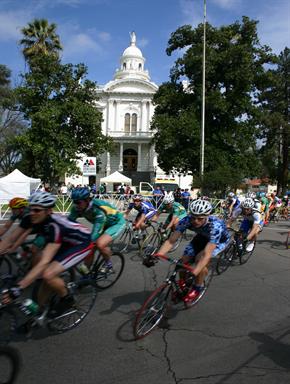 Together with roads, sidewalks and buses, the City's bikeways make up a network of complete streets that are intended to give all citizens travel options to get them where they need to go. Though bikes may legally use any street in the City, some are more suited to bike travel than others, and there are different types of bikeways (paths, lanes and routes) to choose from. The what and where of these types of bikeways is described in the City's Bicycle Transportation Plan, which is updated every 5 years, and is a key tool to redirect already collected tax dollars back to your community. The City's Development Services Department, with your input, and in partnership with the Merced County Association of Governments (MCAG), crafts and implements the plan. The City's Public Work Department helps to maintain the City's streets, including bikeways.

In September 2013, the City of Merced adopted the 2013 Bicycle Transportation Plan.

Free viewers are required for some of the attached documents.
They can be downloaded by clicking on the icons below.